5 Reasons Why You Shouldn’t Get Married

Some of us spent the past several years carefully curating a wedding inspiration board on Pinterest; others may not have even given marriage much of a thought. Whether you already have a ring on your finger or you’re still looking for your better half, marriage is a subject you might be faced with sooner than you think after college. But could marriage be the wrong move for you?

We talked to experts for reasons why you shouldn’t get married—and what to do if you and your SO are taking that next step.

1. You’re getting married because you feel like you’re running out of time

Maybe your biological clock is ticking, or you’ve been a bridesmaid in one too many weddings and you feel like getting married is what you’re supposed to be doing, too. You might even be dealing with family and friends who are urging you to settle down. These external pressures can unintentionally convince you that your partner now is the right one for you, or even push you to jump into a relationship with the first person you can grab a hold of.

Dr. Ramani Durvasula, a psychology professor at California State University, Los Angeles, says it’s important to figure out why you want to get married.

“Take a step back and reflect on your motivations—are you doing this for you or your family?” Durvasula says. “Is this the right man for you, or your mom? Is it because everyone else is getting married and you don’t want to be left behind? What does marriage mean to you?”

Even if you’re engaged, Rutgers University graduate and soon-to-be-married Kristen Kraemer believes that it’s important to enjoy the engagement period, not only to leave time to prepare, but also to make sure you’re not rushing into marriage.

“It’s important not to rush because you never want to rush something that’s as important as important … as marriage,” she explains. “Whether you’ve been dating for two years, six years or six months, you always want to make sure what you’re doing is right for you, and taking time to think is never a bad thing.”

2. You think marriage will change your partner

They say love is blind—and marriage consultant and coach Lesli Doares agrees. Whether you see the red flags your partner is putting up or not, when you’re in love with him or her, Doares says it can cloud your judgment.

Doares adds that some people think tying the knot with their partner will help those red flags disappear; maybe you feel that taking the next step will put your SO that much closer to wanting the big family you do, or that saying your vows will convince him or her to prioritize you in his or her life. This, Doares says, is a big sign that you shouldn’t be getting married.

Durvasula agrees, saying, “Most of the women I have interviewed in the aftermath of acrimonious divorces have told me they knew during the engagement that they were making a mistake, that he was already showing signs of being a liar, selfish, unkind, secretive, unfaithful, narcissistic or a bully.”

If you see any major obstacles either in the relationship or in your partner but you’re still trying to make it work, address those issues first. For some, that might simply mean a discussion—for others, it could mean couples’ therapy.

“Some of the most powerful clinical work is done with [the couples] as they learn tools they take into their lives together, rather than learning these tools down the road to fix larger problems, or figuring out later that they are not a good match,” Durvasula says.

Relationship and marriage expert Susanne Alexander says that gaining good communication skills early on can do a lot to help a marriage thrive.

“Marriage is about creating lifelong companionship, not about fixing what is wrong in each other,” Alexander says. “When couples have the necessary knowledge and skills and know each other well enough to be confident of their compatibility, then marriage has a better chance of being happy and lasting.”

3. Your friends and family are against it

The decision to get married is yours alone, but when you’re in the throes of a relationship, it’s possible you’re not necessarily ignoring the red flags, but missing them altogether. Sure, your mother may have only met your SO on the few times the two of you flew home for holidays or breaks, but she may have caught signs—both in your SO’s behavior or yours—that give her insight you might not be recognizing.

“We’ll try to downplay things we shouldn’t ignore,” Doares says. “When we want something, we don’t necessarily take an objective look at the obstacle.”

That’s why it’s important to listen (objectively!) to your friends and family, even if you don’t want to hear what they have to say; you might be able to see the relationship from a different perspective. That being said, do keep in mind that perspective works both ways. You might not be seeing what they see, but they aren’t seeing what you see either, so it’s up to you to take all that information into account and make the best decision for you.

4. Marriage feels like it should be the next step

There are several key milestones you hit over the course of a relationship: You define the relationship, have your first anniversary, meet the parents, move in together. Marriage is what’s supposed to come next, right?

Doares cautions against this mindset.

“We’ve been together for two or three years or four years and this is the next step, or we’re living together, and why not get married,” she says, citing the reasoning she often hears. “It’s almost like happenstance instead of intentionally making the decision to take this next step of life.”

If you and your SO are in a serious enough relationship for you to be thinking about marriage, consider bringing the topic up—and making sure the two of you are on the same page when it comes to your future together.

“Lots of times people do not ask their partners the toughest of questions or take them on adequately because they are afraid of the answers,” Durvasula says. “Ask the hard questions now, and don’t let him put you off.”

5. You’re more excited about the wedding than you are about being married

This isn’t to say that wanting to have a glamorous wedding and a perfect day surrounded by all your friends and family is wrong, but it’s important that you don’t let your excitement over the wedding overshadow the real meaning of why you’re getting married.

Alexander advises against putting the main focus on the wedding itself.

“Marriages that happen without careful thought and preparation, with more focus on a lavish wedding ceremony than the quality of the marriage… are highly likely to end in divorce,” she says.

Getting married is a huge, life-changing event, so it’s important not to rush the process and to recognize the reasons why you want to get married. No matter how well-planned your wedding is (on Pinterest, that is), how loudly your biological clock is ticking or how strongly you feel about spending the rest of your life with your SO, make sure you’re asking both yourself and your partner the right questions before you say, “I do.”

Sarah Yu
Sarah is a 23-year-old student at the CUNY Graduate School of Journalism, concentrating on Business and Economics Reporting. She loves combining her love of writing and passion for sports, in order to put together compelling sports articles. She aims to pursue a career in sports media outside of New York after graduation. Outside of journalism, she loves to travel, take photos, read a good novel or spend time with her incredible boyfriend.
Similar Reads👯‍♀️ 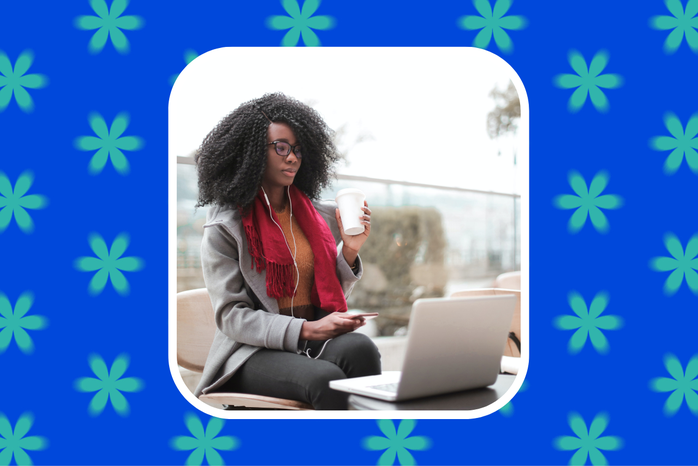