The Five Stages of Finals Week

Every quarter college students go through a cycle of panic, studying, and mental breakdowns before finals. It’s hardly pretty, and it’s incredibly draining. Here at Her Campus UCSC, we are all stressed about finals. When discussing finals week, we found that we all go through similar mental stages before taking our finals. Moreover, we joked about our stages being very similar to the Five Stages of Grief. To our horror, however, we discovered that our final-exam stages were almost identical to the Five Stages of Grief. The names of the stages of grief were a bit plain, if we were being honest, so we spiced them up with our own additions.

Here are our Five Stages of Finals.

Stage One: Denial, aka Pure Procrastination

In this stage, you’d avoid the reality that you did have finals to study for and that you weren’t prepared for them. During this stage, you might mindlessly procrastinate, scrolling through TikTok or Twitter for hours at a time, unbothered by the fact that you had three to five finals that you still needed to study for. This was not to say you were unbothered about our finals, rather that you were so stressed it was difficult to face the enormous pile of review packets you had to complete.
Alas, you were in denial and did not touch them.

Stage Two: Anger aka Panicked Procrastination, with a Hint of Studying

As much time as you spent avoiding the reality of your situation, around an hour later, it’d hit you. You were halfway through a video of two cats eating beef on TikTok, and got an announcement from your professors about some review questions for your final.

Panic set in immediately, and you opened your notebook and textbooks unbelievably stressed, finally studying.

Quickly following Panicked Procrastination with a Hint of Studying, was exactly as you might imagine. Your studying revealed that you didn’t know nearly enough to ace your finals and didn’t have enough time to study everything adequately enough. With this in mind, you went onto our grades page of Canvas, doing complex calculations to find out the minimum scores you’d need on your finals to pass your classes. This was always a moment of relief for you, but then panic would sink in again, because while you didn’t need to ace your finals, you still did not know enough to get the grade you needed.

Studying would recommence, though a bit more focused than before.

Though the studying during stage three was genuine and resulted in comprehension of topics, at some point, there was a breaking point. The reality that you had so much to study for and so little time could overwhelm you, and the next thing you’d know… you’re crying on the floor. You were obviously not expecting to have a mental breakdown, but dare I say, it’s a necessary part of the process.

After your mental breakdown, you’d find startling inner peace and focus. You dove right back into our studying with rational minds and could muster enough revision to achieve the scores you needed to pass your finals. To set the mood, you’d put on Lo-Fi or classical music and find yourself lost in the concepts that you needed to memorize and theorems to explain.

However, I would be lying if I didn’t say there wasn’t a high probability of constant repetition of Stage Four and Stage Five until you took your finals.

Love that for you.

Here at UCSC, we are still in the middle of finals and celebrations have not occurred yet. :( But if you have completed your finals, please take a moment to celebrate! You don’t have to worry about finals for at least another 6 weeks! Savor this moment of sweet relief because undoubtedly, we all will be faced with the Five Stages of Finals again.

My name is Ashti (she/her), I am currently an undergraduate History of Asia and the Pacific major with an Education minor at UCSC.
Similar Reads👯‍♀️ 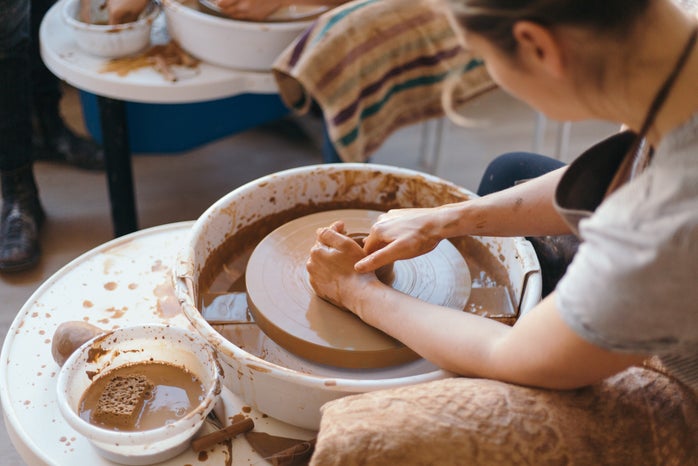 Entertainment
A Day in the Life of a Pea
Read more →
Good stuff only!