14 Things We Learned about ‘Riverdale’ at Paley Fest

There’s no hotter show right now than The CW’s Riverdale, based on the Archie comics. Set in the small town of Riverdale, the show follows the dark mysteries and sweet romances of a group of high schoolers attempting to solve crimes, join the local South Side gang or kick back at Pop’s milkshake shop. The cast, many of whom just wrapped shooting for season two, reunited in Los Angeles on Sunday for Paley Fest. The audience got to watch the entire forthcoming musical episode, based around Carrie by Stephen King. Here’s 14 things we learned at Paley Fest:

1. The cast couldn’t sing before they joined Riverdale

Yep. Even though Veronica (Camila Mendes) sings in numerous episodes alongside Josie (Ashleigh Murray) AND even though the team made this *spectacular* musical episode, only a couple actors had musical talents before they were cast. KJ Apa (Archie) could indeed play the guitar, but most of them just learned or performed for the show.

2. The musical episode is nothing short of fabulous

Trust me, I watched it. Think Footloose meets Grease with a mystery twinge that is Carrie the musical. Each cast member sings at least one line—yes, including Ethel, Kevin and Cheryl. I’ll try not to spoil too much, so skip ahead if you don’t want to hear any more. But in the musical episode, Cheryl is originally cast as the lead Carrie, but Kevin—the director of the musical—gets threatening notes saying Cheryl will get hurt if she isn’t recast (aka “thespian terrorism”). Jughead films the entire rehearsal process unfold as documentarian, so the episode intersperses old school video reel. There’s some B&V drama as Betty (Lili Reinhart) accuses Veronica of being a little too similar to her villainous role of Chris in Carrie. *Spoilers* We learn that Cheryl is back at Riverdale High after the latest released episode showed her being sent to a mental health facility, and we learn that Chic has left the Cooper household for an unknown reason, but Alice wants him back. The pop music is simply fun, including an exciting dance scene shot in the dressing room. Don’t miss this.

3. The cast members themselves aren’t sure who will get killed off or who the Black Hood is

The moderator asked if they were nervous they would be killed off or if they’d be the Black Hood. Marisol Nichols, who plays Hermione Lodge, nodded. Luke Perry (Fred Andrews) laughed that he knew he wasn’t the Black Hood, since his character was shot by the Black Hood in season one. “Many things on our show are a mystery,” he said. Mendes said it couldn’t be her since the Black Hood has green eyes, which Madelaine Petsch, who plays Cheryl, said could be fixed with contacts. The show runner said they had three suspects all along, but threw people off with red herrings. Basically, no one really knows who the Black Hood is—because, as we’ve seen on the show, some characters come back to life and mysteries are left unsolved. Brace yourself.

4. Alice Cooper and FP Jones are probably getting together on next week’s episode

Show runner Roberto Aguirre-Sacasa said to stay tuned to next week’s episode if you’re a big Falice—Alice and FP—fan. No promises, but this seems really juicy. After all, we learned this season that they used to hook up and were both in the South Side gang. As was mentioned at Paley Fest, it would make the Bughead relationship a little weird as Betty’s mom would be dating Jughead’s dad—while the two of them are dating as well. We’ll find out more on the April 4 episode.

5. Speaking of dating, Lili and Cole are totally maybe together

Okay, so they didn’t admit it. A fan brought up the rumors that the two stars are dating. Cole Sprouse said, “Was that a question or a statement?” and the fan said, “Are you dating?” Naturally, Sprouse got all smug and pulled his microphone on his jacket collar close and whispered, “no comment.” Then he beamed with an adorable and huge smile on his face. Uh-huh. So the real life Bughead is absolutely a thing.

6. Madelaine Petsch has received so much support after her character Cheryl was revealed to be lesbian

“It was a dark storyline to kind of reveal for her, but the response was overwhelming, and I feel so welcome by that community. And I’m so happy to bring that to light, and I think it’s an important storyline to bring to television. Unfortunately, it’s still happening with parents not accepting their children. And it made so much more sense when you see Cheryl and the way she acts toward other people in season one and this angst that she’s built up and this anger about not being loved by her mom, therefore not loving herself. And Toni’s really helping her explore that love for herself, and it’s a really beautiful and amazing relationship,” Petsch said at Paley Fest. She was so eloquent when describing the impact of Cheryl’s sexuality had on the character and the show.

8. The castmates love doing karaoke together

They all hang out in Vancouver, BC, where the show is shot, and often do karaoke after filming. Casey Cott, who plays Kevin, loves “New York State of Mind” while Reinhart loves Lady Gaga, especially “You and I.”  Sprouse’s go to is apparently “Mr. Bridgtside.” Special shout out to Petsch for outing all of their favorite songs.

9. They get recognized everywhere

Murray has gotten stares. Reinhart found a fan who awkwardly wished her “good luck” at Chipotle and made weird eye contact. Even the crew of Riverdale was doing a puzzle with Perry’s face on it.

10. The gang will probably be in high school for a while longer

An audience member asked what year they were in high school and how much longer they’ll be in class together. The creative team laughed and emphasized they’re sophomores now in the second season—drawing a chuckle since the hunky dudes are clearly in their 20s already. Perry chimed in, “You can stay in school a long time on TV.”

11. These actors have picky eating preferences on set

So apparently the milkshakes at Pop’s are actually super gross, but Apa always drinks his before they even finish filming. Reinhart doesn’t like them at all, but in real life she loves coffee milkshakes, she said.

It was revealed that in one scene when Archie and Jughead eat pizza, Apa and Sprouse ate the whole pizza before rehearsals were even over. Boys! As for on set snacks, Petsch loves seed and nut butter, while Mendes like pears. Sprouse joked, “You guys are describing hamster foods.” He prefers ketchup chips that are evidently popular in Canada. Murray prefers making grilled cheeses on set with the toaster.

Betty roleplays with a short black wig when she’s feeling frisky with Jughead, but in real life, Reinhart hates the wig. I hate that thing,” the actress said, adding that she never wants to wear it again. The moderator said it was cute, which she thanked, but clearly it’s not her favorite Betty Cooper outfit.

13. The cast adores each other

One thing evident throughout the panel was how much the cast and crew loved each other. Murray said, “It’s hard to be mad at her” when she has to hate Cheryl on the show. Petsch replied with praise over Murray’s singing talents, saying she’s a great singer and sings that way in real life as on the show. And of course Apa talked about wrestling with the amazing Mark Consuelos, who plays Hirum Lodge, and admired the man’s biceps. Same.

Mendes said her favorite moment on set was on the last day, filming the finale of season one. Petsch agreed that it was sad, but they loved the feeling of being together.

14. Riverdale fans are the best

I usually watch Riverdale alone, but seeing the Carrie episode in the Dolbe Theatre with a big group was such a great experience. The audience screamed every time a new character appeared for the first time to sing—and gave an especially big yell when Apa did push-ups, and when Perry and Skeet Ulrich (Jughead’s dad) appeared for the first time. They clapped at the right moments, “aww”d when certain characters made up and gasped at the surprises. It was a communal experience.

After the panel was over, tons of fans rushed up to the stage to ask for signatures or selfies. All the main cast obliged and went around taking photos. On top of everything, many audience members brought gifts for the actors. One girl told Petsch during the Q&A that she’d brought her a Veggie Grill gift card (Petsch responded by drawing a heart in the air). Someone else gave Mendes a blue unicorn piñata. It was a fabulous affair.

Photos courtesy of Emily Kneeter, Brian To and Michael Bulbenko for the Paley Center

Lindsay was the president/editor-in-chief of the UCLA chapter of Her Campus from 2015-2018. She was previously the Viral Section Editor at Her Campus and an Editorial Intern at the headquarters in Boston. Lindsay grew up in Washington state and transitioned to love the Southern California sunshine while studying communications and environmental science at UCLA. Twitter: @WeinbergLindsay.
Similar Reads👯‍♀️ 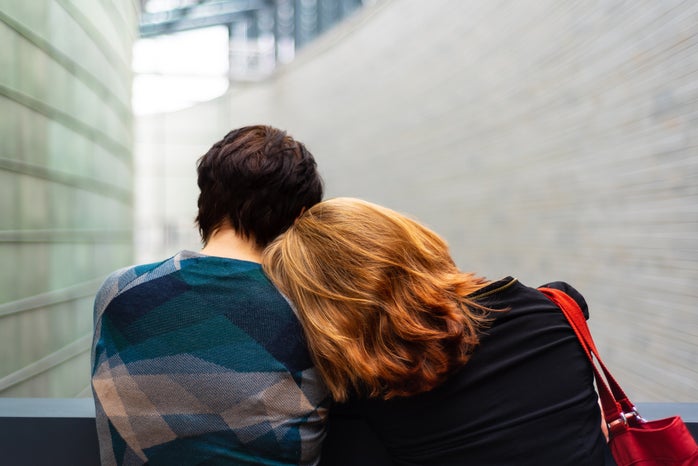 Sex + Relationships
So Your Love Language is Quality Time: Now What?
Read more →
Good stuff only!