In high school, there were many people that formed relationships, the famous term of having a “High School Sweetheart.” Many people scolded those that had these relationships, thinking that it would never last, or swooned at the sight of these couples in the halls. For me, I had always imagined that my first ever boyfriend would come from my experience in high school because I guess I’m just old fashioned in that way. In Grade 10, I ended up forming a relationship with a guy whom I was crazy about. Flash forward to Grade 12 and all around me I could see many people forming relationships whether it be for prom or pure enjoyment. After Grade 12 and transitioning into university, my boyfriend and I noticed that most of those people that were in relationships parted ways and started new chapters on their own. As for me, my relationship has extended into my second year but that doesn’t mean that there weren’t bumps along the way.

Humans are always evolving and adapting, when we grow up this is when we tend to change. People tend to grow apart when one person in the relationship changes and the other cannot adapt to the differences. During my relationship, there were many changes that impacted us and changed the dynamic of our relationship whether it had been good or bad. The first change that started on the first day of university, was when we parted ways on the subway. We had been to the same school for the past four years, so the change of not seeing each other every day and taking the same courses was bittersweet. We were excited to start learning the things we were most passionate about but sad to depart at different subway stops. Starting university was a scary beginning and not having him by my side like usual left me feeling sad. For the next few weeks in September, things started to change. He had found amazing friends in his program, whereas I had been left by myself with no friends, ‘cause for me at the time it was hard to make friends easily. After a while, I started making friends and everything seemed to fall into place. This was just one of the many challenges that my relationship has endured within the first year of University.

What I have come to realize is that the first year of university is the tell-tale of how you and your significant other will act as you grow up, minus some other changes that will happen as you grow together. The experience of being at different schools, making different friends, being able to drink, partying, and having opposite interests is that depending on how you look at, whether it be positive or negative, you must take everything with a grain of salt. Take things as they come and learn and grow together in a way that is safe and still keeps the spark going strong in your relationship. I believe that the reason why people break things off and do not survive the transition into University, is because the couple whether it be together or one person in the relationship, decided that they wanted to start the new step without their significant other present. For those, starting university with their “High School Sweetheart,” just remember this. You are the one that decides whether you want them present and how to handle the change that comes with growing up. My best advice I can give is no matter how you are feeling the key is to constantly communicate your needs to your significant other even if it isn’t something they would particularly like. The cards will fold where they may, and whatever is meant to be will be.

As for me, my boyfriend and I have been through a bumpy rollercoaster and have conquered many hard times. But these changes and rough patches have made us who we are today and ultimately has made us stronger together. Alongside that, it also has made us stronger and better on our own even when there are days that we aren’t always together. My “High School Sweetheart” was my first and only boyfriend, and I honestly couldn’t imagine myself with anyone better.

Hi! This is the contributor account for Her Campus at Ryerson.
Similar Reads👯‍♀️ 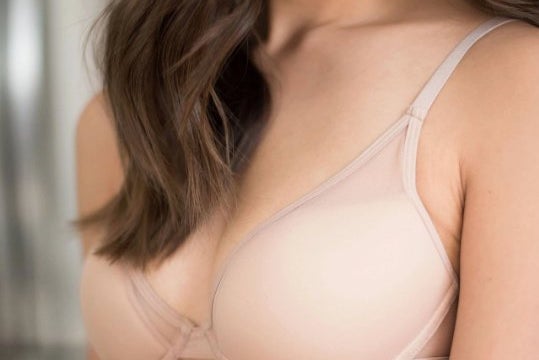