The Best and Worst Adaptations of Pride and Prejudice

There comes a moment in every bibliophile’s life when they have just finished a book that truly blew their mind. This moment consists of the amazement that something this wonderful exists, the gratefulness to have found it, and the bittersweetness of getting to the last page blending together.

As an avid reader, I’ve crossed paths with a lot of okay books, good books, and a few amazing books. The first amazing book that enraptured me this way was Jane Austen’s classic love story Pride and Prejudice. My grandmother was the first to open my eyes to it. She gave me her years old copy with scribbled notes in the margins, folded pages, and the magic of a story whose words have been lovingly traced many times over the years. Since then I’ve read it every year with a fierce devotion. Each time I find some new secret or joke that I’d missed the time before. My mom asked me last year if I ever get tired of it, and I honestly don’t. Each time I read it, it’s better than the time before.

So this year, I decided to make things even more exciting: I decided to read several adaptations of the story I know so well to build suspense. Through this, I had the chance to fall in love with the characters for the first time again. I got to giggle at the oblivious ridiculousness of Lydia, Kitty, and Mrs. Bennet, wish I could be the one flirting with the charming Mr. Wickham until I was shocked by his roguish behavior, admire Jane’s strength in the face of heartbreak, curse Elizabeth and Darcy’s stubbornness... All the while rooting for all of them to get what they deserve.

Here is my review of each one:

The Best Adaptation of Another Character: Longbourn by Jo Baker

Longbourn follows the lives of the servants that live in the Bennet Household. Even though it starts slow, by the end it will have you biting your nails praying for each character. What I liked most about this book is that it shows the reality of poor people, women, and people of color in England at this time. Jane Austen received criticism for the original P and P because it was too “light, bright, and sparkling.” Longbourn dives deeper into the problems of the time and makes the reader acknowledge the true struggles of people in history. However, it evades the bleakness that would have made it unbearable and incites sympathy and hope in its readers.

The Best Romance Tropes: Pride and Papercuts by Staci Hart

Pride and Papercuts, part of series of re-imagined Austen masterpieces called “The Austen Series,” is an office romance set in New York with dashes of coworker competition, witty dialogue, and bucket loads of angst and chemistry between Darcy and a modern Elizabeth Bennet. It’s an extremely cute book and an enjoyable read. The biggest problem is the lack of social commentary. The original exposes problems with people that still persist today, but this one is decidedly light and happy. However, it definitely redeems itself in two ways. One, the sibling relationships are immaculate. Georgie and Liam Darcy’s relationship and Laney and Jett Bennet’s both show the lengths people will go to protect their family. Also, the romance in this book is one readers will find impossible not to root for. This is definitely a book I will pick back up in the future. As a diehard romance novel fan, I felt that Pride and Papercuts stayed truest to the genre. At the core, it was loyal to the YA canon.

The Best at Tackling Real Issues: Pride by Ibi Zoboi

I LOVE THIS BOOK! Honestly, the romance in this book took the backseat. Darius and Zuri were a pleasant couple but I wasn’t overwhelmed by how much I wanted them to be together. The best part of this book was the way it captured a teenage girl’s point of view on modern issues of race and class in Brooklyn, New York. It was sensitive, diverse, and eye-opening. The way Zuri deals with the gentrification of her neighborhood is poignant and poetic. I would one hundred percent recommend this book because it was enjoyable and discusses important issues even if the “Darcy” of this book is a little dull.

The Least Captivating One: Epic Fail by Claire Lazebnik

I feel bad ranking this last, but it’s definitely the book I recommend the least. It failed to charm me with romance, didn’t comment on current society, and was just kind of boring. I think the idea was good, but the author failed with the execution. The premise was strong and creative. It just didn’t deliver well. I felt no urgency to read it every night and was pretty indifferent to the main couple.

The Most Tender: An Assembly Such As This by Pamela Aidan

This is another book I revisit every year. I read it for the first time around my second reading of Pride and Prejudice. It is the best look into Darcy’s story I have ever read. It by far beats Darcy’s Diary which I was less than fond of. This is a book that will tug at your heart-strings from the first page and will have you tossing and turning at night thinking about it. It also stays true to Jane Austen’s Darcy while giving the reader an outlet to see the events that take place from a new point of view. It also gives readers a chance to fall in love with the same Darcy that Elizabeth eventually loves.

I have to admit I may be biased in this review because I spent years loving the movie before I even looked at the book. This adaptation was absolutely, laugh out loud hilarious. Very rarely do I so desperately wish I could be best friends with characters from a novel as I do when reading the inner most thoughts of Bridget Jones. She is as captivating and bold as the original heroine that captured so many hearts including Mr. Darcy’s. I’d easily put this book in the same category as Crazy Rich Asians because they both hit on issues with a sizzling sense of humor. Usually, I am not a fan of the books written like diaries or journals but this one does it surprisingly well. This is a book that will cure your worst days and have you laughing before you know it.

I don’t have to hesitate at all when I say this is my favorite book that I read leading up to the original. It’s clever, funny, and heart-melting. Every part of this book is well thought out and loyal to the original. It takes the same plot and re-imagines it in a way that is both realistic and reminiscent. I think Jane Austen would be pleased by this adaptation especially. It captures modern issues of race, gender, and the experience of women in society. The Bennet family is the star of the show in this one. Mrs. Bennet reminds me of Michael Scott from The Office with her believable offensiveness. Each of the Bennets are explored in a new way that is incredibly believable. Any fan of Pride and Prejudice or The Bachelor will absolutely adore reading Eligible.

I’m a history major at LSU who loves reading, writing, and long walks outside. I’m a huge tiger fan and a sister in the sorority Delta Zeta. Follow me on insta at _emma.thigpen_
Similar Reads👯‍♀️ 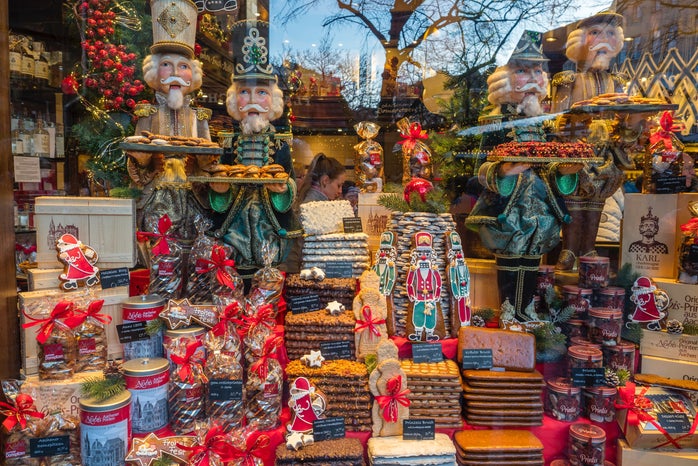