Review | “Who Killed Sara?” Brings A Tense And Engaging Plot In Its New Season

After an intense first season, the second part of “Who Killed Sara?” debuted on the Netflix streaming platform on May 19th with a lot of tension, mysteries and binge worthy moments. So fasten your seatbelts and come read about this season that makes anyone bite their nails! But beware, this text contains spoilers.

Before starting, let’s recap how everything ended

The season has 8 episodes like the first one, which is very similar to most of the series that the platform has been shooting. And if in the previous season you were suspicious of who the murderer was, or if there even was one to begin with, something important is revealed: Sara had suicidal desires. That was a complete game changer.

This issue is explored and everything is very well explained when we find out that the girl is the result of a rape and that her father is in a psychiatric hospital. Thus, it makes sense for the protagonist to have moments of outbreak, and even be diagnosed with mental disorders. These scenes are constructed in a very typical way: flashbacks. There are several comings and goings over time that reveal, little by little, what really happened to the Guzman family. This helps to create a tense atmosphere and makes you wish for more.

Important characters: what you need to know about them

As characters, they all act very well, but in this season, someone deserves more attention: Eugenio Siller. The actor brings José Maria (Cheema) to life and, unfortunately for the character, but fortunately for the audience ー who can admire his performance with such intensity ー, his scenes require a lot of emotion. All season long he’s been arguing with his husband, Lorenzo, because of many reasons involving Clara in the previous season. But just when we think things are going to get better, the lawyer catches Cheema and Clara sleeping in bed together. After that, nothing got better, actually, it got worse and reached a climax. I dare to say that it was one of the most surprising moments of both seasons when Lorenzo is shot and dies. That deserves applause, the whole scene is built in a suspenseful tone, nobody suspected that something like that would happen. It was all so fast that the audience was totally caught by surprise.

Throughout this season, other characters became more important, such as Clara and her sister Marifer, or better yet, Diana the Huntress. And of course, like any suspense series, the two finally reveal the plans, which makes clear why Clara acted strange around Lorenzo and José Maria, and why Marifer wrote anonymously to Alex. The plans are simple, unsurprisingly weak in fact, compared to the plot as a whole, but the reason is good: the sisters want to find out what the Lazcanos did to their mother, who disappeared when they were young.

But, as if these tensions were not enough, Sérgio Hernández gains an essential importance for some of the climaxes of the story: the kidnapping of Eliza. Many explanations later, it becomes clear that he was not a good person, as he had been covering up crimes for many years, including Abel’s murder and his burial in the Guzmans’ backyard. Sérgio’s ending is tragic and staged with class by the actors who starred in the moment.

Besides them, another relevant character is César. His story is interesting and the reasons to do what he did are well explained. In the end, you can even start liking him ー not very much, but enough to realize that he did everything he could to protect his family. The way he treated his daughter, Eliza, after she was kidnapped and how he engineered her entire escape by faking his own death was shocking. His presence for the rest of the season was essential to understand what was his relationship with Sara like, why there was a person buried in her backyard and who was her father. César was more of a hero than I thought and when he said he had saved the girl’s life, it wasn’t a lie.

Last, but not least, let’s talk about Mariana Lazcano. She left us with a big question in our heads: did she really ask Elroy to cut Sara’s parachute? The answer is yes, she did, but in the end, he couldn’t bring himself to do it. Desperate not to get caught by other people who were approaching the boat at the time he was about to commit the crime, he dropped the knife on the ground, which was found by Mariana after the accident. But it does not mean that she was not involved with other crimes, since in the end she kills Elroy and leaves a mystery of what she truly felt for him, because sometimes it seemed that she was trying to seduce the young man.

Even if he had cut the ropes, it wouldn’t have been a good ending, because we were already very suspicious of Elroy and Mariana, it would have been too obvious. Now there’s another question to be answered in the second season: if it wasn’t those two, who could it have been?

The end: is it actually good?

At the ending, Marifer admits she killed Sara, which makes sense, because in the first season there is a scene in which the young woman is clearly very angry with the protagonist, after she refuses to see her because she was going to travel with Rodolffo, her boyfriend at the time. But, what no one suspected, is that she actually went to the Valley where Sara was and spied on her for a long time. That’s when we find out that she really did cut the parachute rope, it didn’t just rip.

Honestly, it would not have been a good ending, because Marifer already had an important role as Diana the Huntress. But then, after we finally think the mystery was solved, the season takes another turn: Nicandro and Alanis, the doctor responsible for treating Sara for her mental disorders, are revealed to be the ones who truly killed Sara.

Throughout the flashbacks, we get to know a lot more about Sara’s relationship with Nicandro and, even though he barely appeared in the first season, his connection to Sara is much more complex than we think. Nicandro was constantly charging the girl for money, especially after she got involved with drugs to get cash for her father to escape from the asylum. However, she never paid him back. The exact reason why Nicandro killed Sara has not been revealed, but that could be one. Dr. Alanis was definitely a surprise, as he seemed harmless and had no reason to do it. So far, it is not known if his relationship with Sara was more than just doctor and patient. This way, Netflix brought more questions to be answered in a possible third season.

To sum up, I think the first few episodes left something to be desired, with a greater focus on the skeleton in the backyard which, in the end, wasn’t so essential to discover that quickly. But later, the focus returns to Sara and the season becomes more interesting, making us crazy to find out who committed the crime. Of course the show is cliché at various points, but it’s still well produced and engaging. The first season had more mysteries and tensions and the second was more focused on solving than creating problems.

However, there are those who disagree with me, Henrique Haddequir, the film critic of “Omelete”, a Brazilian entertainment website, gave a score of 1 out of 5 for the second season. According to him, “Who Killed Sara?” is based on the most cliché of the classic series. He also says that, even though the production is great, the dialogues are poor and the script relies too much on plot twists, which are only made to hide the fragility of the content.

This comment generated several replies agreeing that the series is too superficial, and that they couldn’t finish the first season because they felt it was too cliché. Perhaps Netflix has not been able to win everyone’s hearts with the series, as it does not differ much from other stories that involve mysteries and murders, but it did build an interesting plot worthy of a marathon for those who like it.

The article above was edited by Amanda Moraes.

Culture
A Woman And Her Hijab: Know What’s Its Meaning
Read more → 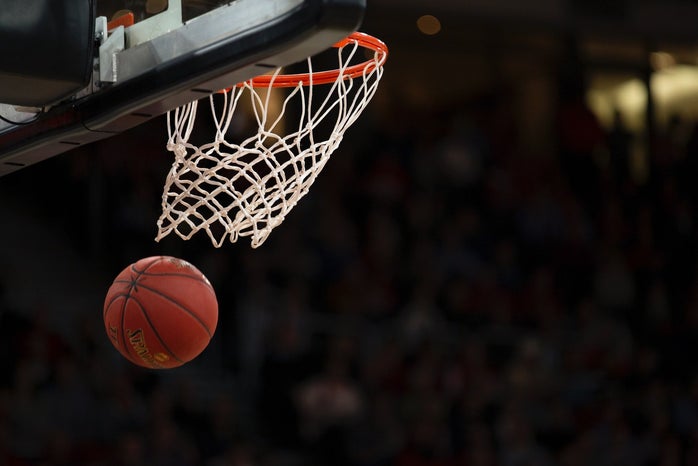 News
NBA: Highlights And Surprises From The Start Of The Season
Read more →

Entertainment
Formula One: How Is Gen-Z Changing The Sport?
Read more →